What Is Coronavirus And How Does It Affect Us

The new coronavirus (Covid-19) is spreading fast. More than 198 000 people are known to be infected and over 7900 deaths have been recorded. While the outbreak started in China, the bulk of the cases and fatalities are now outside the country and the virus is spreading internationally.

Coronaviruses are a family of viruses that cause disease in animals. Seven, including the new virus, have made a jump to humans, but most just cause cold-like symptoms. The new virus is dangerous, around 20% of confirmed cases have been classed as severe or critical. so farm around 15-20% of hospital cases have been classed as "severe" and the current death rate varies between 0.7% and 3.4% depending on the location and, crucially, access to good hospital care. Scientists in China believe that the Covid-19 has mutated into two strains, one more aggressive than the other, which could make developing a vaccine more complicated.

How Did The Outbreak Start?

The source of the Coronavirus is believed to be a "wet market" in Wuhan which sold both dead and live animals including fish and birds. Such markets pose a heightened risk of viruses jumping from animals to humans due to hygiene standards are difficult to maintain if live animals are being kept and butchered on-site. Typically, they are also densely packed. The animal source of the latest outbreak has not yet been identified, but the original host is thought to be bats. Bats were not sold at the Wuhan market but may have infected live chickens or other animals sold there.

Could the Outbreak Grow Bigger?

It is impossible to say which way the disease will go but, on the current trajectory, it is likely to spread to more countries, affecting many more people. The number of cases is beginning to decrease in China but is climbing in the rest of the world.

What Are The Symptoms Of The Coronavirus?

Initial symptoms include fever, dry cough, tiredness and a general feeling of being unwell.

Is There A Cure For The Coronavirus?

There is no specific treatment, although doctors are trialling existing drugs for viruses such as Ebola and HIV. Early results seem promising, but until full clinical trials have been concluded, doctors cannot be certain that the drugs are effective. Work to develop the vaccine is accelerating bit this work has been complicated by the virus mutating into a second strain.

How Is Coronavirus Spread?

Like cold and flu bugs, the virus is spread via droplets when a person coughs or sneezes. The droplets land on surfaces and are picked up on the hands of others and spread further. People catch the virus when they touch their infected hands to their mouth, nose or eyes. It follows that the single most important thing you can do to protect yourself is to keep your hands clean by washing them frequently with soap and water or hand sanitizer gel.

Is The Coronavirus airborne?

There is some debate about whether the disease is airborne, there is no evidence for it yer, but that could change. Airborne viruses linger for a longer period of time than those spread by droplets and can also be spread in air conditioning and ventilation systems. The current advice is that the disease can only be spread between close contacts, defined by spending more than 15 minutes within two meters of an infected person.

How Serious Is The Disease?

According to the data on the first 44000 cases released by the Chinese authorities, 80 per cent of the cases are mild. In roughly 14% of cases, the virus causes severe disease, including pneumonia, and shortness of breath. In about 5% of patients it is critical, leading to respiratory failure, septic shock and multiple organ failure.

How We At Gotfunk Is Helping

We have taken the needed precautions with our factories as well as in the office to limit the chances to contract the Virus. We have also lowered many of our costs as the economy will be affected by this outbreak and it is important for us that our clients are still able to afford their marketing material in this time. Contact us today and see how we can assist you. 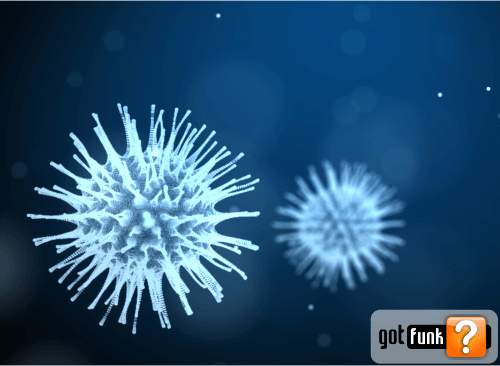